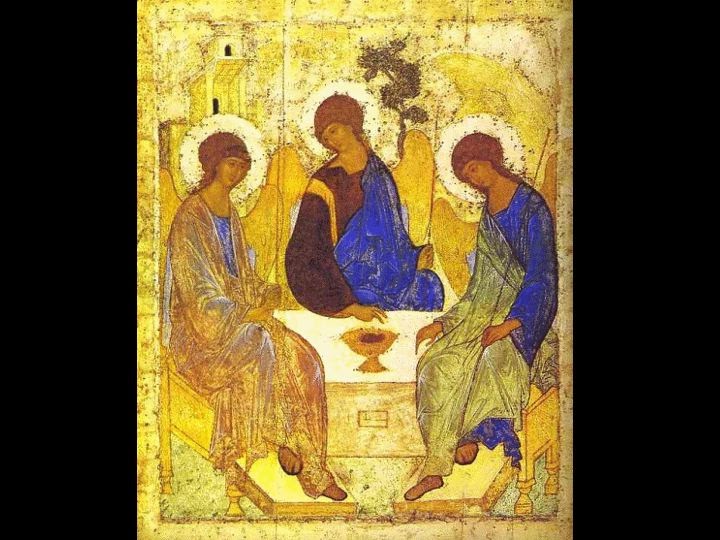 As I suggested in the previous post, the fact that patterns of Biblical imagery are now used to inform an understanding of marriage does not necessarily mean that the Biblical text is thereby being honoured; it is possible to read image patterns onto contemporary situations and institutions in a way which stretches the text considerably, perhaps too far to be sustainable.

I have already argued that this is the case with the imagery of Christ and the church, which caused problems for the authors of This Holy Estate. I’d like now to look, admittedly briefly, at one of the other patterns used, by the authors of this report and by many others, to think about marriage, the language of covenant, and see whether this is really as straightforward as it seems.

First of all, it’s not hard to notice that there is not a single instance, in the Hebrew or Greek scriptures, of a human marriage being described with covenant language. Obviously, the primary use of covenant language relates to God’s relationship with the community of faith; the vast majority of uses of the words berith or diatheke are in that context. In fact, in the New Testament, diatheke is used in this context exclusively – it has no other application. There are no covenants of any sort in the human realm anywhere in the New Testament.

In the Hebrew scriptures, there are several references to a berith being made between peoples or nations (1 Samuel 11:1-7, 1 Kings 20:34, 2 Chronicles 23:1), and the language of berith is used for the swearing-in of Jehoiada’s royal guard in 2 Kings. There are also four cases in which a berith is made between individuals. Two are clearly political agreements about land usage and ownership, with aspects of a mutual non-aggression pact, between Abraham and Abimelech, and Isaac and Abimelech. One is a sort of dynastic business agreement between Jacob and Laban; this is the closest we get to a marriage involving a berith, but it does not directly link the partners to the marriage, and is not an agreement about relationship. In no case is a woman ever described as entering into a berith, although Laban’s daughters are the indirect objects – a reminder, once again, that contractual arrangements in the early Middle East, including marriage arrangements, were made between men. I hope that we can take for granted that this is not a model of marriage we want to uphold today.

The fourth berith between individuals is the covenant made betweeen David and Jonathan, which is the only instance in which the word, as applied to human agreements, appears to have meaningful relational weight. However, though it would be delightful to claim David and Jonathan as the sole couple who constitute a Biblical foreshadowing of marriage as convenant, it is clear that the berith language is used because the agreement between them is, in large part, a political matter.I do not want to underestimate the personal and emotional significance of the moment, which is clearly considerable. It is a berith undertaken in private, even in secrecy, between two people, and is an exceptional display of vulnerability and devotion on Jonathan’s part in particular. But it is also Jonathan’s expression of political alignment, an arrangement both to protect David from Saul and to respect the dynastic claim of the house of David. It is, in its abiding loyalty and self-surrender, a far better model for marriage than Jacob’s arrangement with Laban, but it is not a marriage, and does not attach berith language to relational commitment.

The prophets, of course, speak constantly in the language of berith, about the breaking and remaking of the relationship between God and the people. In just three instances, among the dozens of prophetic references to berith, there is something like marriage imagery involved. In Jeremiah 31:32, God laments that the people have broken the covenant, “though I was their husband.” Ezekiel 16:1-14 presents a somewhat troubling image, which general readers tend to avoid in detail, in which God describes first rescuing a bloody female infant, then re-encountering her when she reaches puberty, having sexual relations with her, possibly by the side of the road, and only then entering into a berith with her which mostly involves gifts of expensive jewellery. Finally, Malachi, in perhaps the only really useful passage for those who want to consider marriage as a covenant related to the people’s covenant with God, speaks of the people abandoning the divine covenant as an act similar to betraying one’s wife, “though she is your companion and your wife by berith.”

That Malachi 2:14 is really the only passage in scripture which supports seeing human marriage as a parallel to the covenant between humanity and God suggests that this understanding is not nearly as well-supported as we seem mostly to think that it is. To approach intimate relationship with covenantal seriousness is, in my view, a very good thing to do. But it doesn’t have nearly as much scriptural warrant as our conversations might lead one to believe, and the institution of marriage as a uniquely important covenant does not stand up to scriptural scrutiny.

There is, however, a contemporary language realm which relates much more closely to berith/diatheke language as used in scripture, and is very much relevant to the life of the church today, and that is the language of treaty. In nearly every instance in which berith is used in the human realm, it would be most accurately translated as “treaty”, and there is a solid argument for so translating it when we speak of the relationship between God and humanity.

It might be a considerable shock to the ears of settler Christians to hear this, to hear “treaty” used over and over to speak of a sacred commitment. Yet, as we try to confront the fact that we on Turtle Island are all treaty people, and that our deepest failure, in our relatioship with the Indigenous peoples of the land, is that we are treaty-breakers, perhaps we need that shock in order to understand what we have done; that we have violated agreements which were, in fact, sacred, agreements which were meant to be similar to that commitment which God makes with humanity. Because we settlers have mostly come to think of our faith in highly individualistic and personalized ways, because we do not understand the sacredness and binding nature of treaty, we are more comfortable thinking of our relationship with God as closely parallel to a human marriage, and thinking of human marriage as the paradigmatic, and most important, model of commitment. But scripture is not individualistic, and while the relationship between God and humanity is a deep relationship between persons, it is something far more than personal.

Again, it becomes apparent that, while personal, intimate, committed relationships are an important part of the spiritual lives of most people, and should not be treated lightly or with disdain, the idea that these relationships, and marriage in particular, are direct analogies for the human relationship with God, is an idea only weakly supported. If the paradigmatic model is, in fact, the treaties which we have broken, then we, as settler colonialists, are in a state of profound spiritual rupture which we do not yet even really understand; there is a primal violation in our presence here which predates, though it underlies, the concrete violations committed in the residential schools, the Sixties Scoop, and in many other ways.

I do not wish to extract the language of intimate relationship from our religious discourse – it belongs there, and in fact belongs there in ways which are not always entirely containable or comfortable, as the mystics can attest. The intuition which included the Song of Songs in the canon is real and profound. But we have leaned on that language in a way which has obscured the larger, more social and communal, imagery which actually dominates throughout our scriptures; and within that language, have elevated the human institution (or,more accurately, institutions) known as marriage in a quite tendentious way. Rethinking this will have many consequences, but it is not separate from the truth and reconciliation process, nor from many other processes of rethinking and rebuilding in which we must engage.